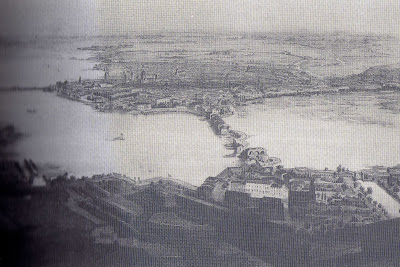 When Bonaparte drove the Austrian army out of northern Italy in early 1796 they left a strong garrison in the fortress of Mantua. The French laid siege to the city from May 1796 to February 1797. During that time the Austrian’s made four attempts to raise the siege, resulting directly in the battles of Castiglione, Caldiero, Arcola and Rivoli. It was only after the decisive defeat of the Austrian army at Rivoli that the garrison finally surrendered. 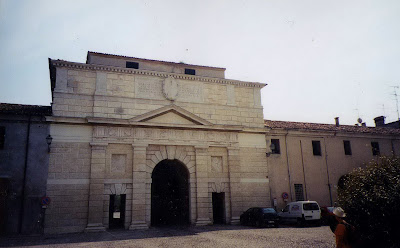 There is very little remaining of the once impressive city fortifications. The main exception is the citadel. The gate is impressive, though surrounded by a very run down collection of buildings. By the gate there is a memorial to Andreas Hofer who was executed here in 1810. 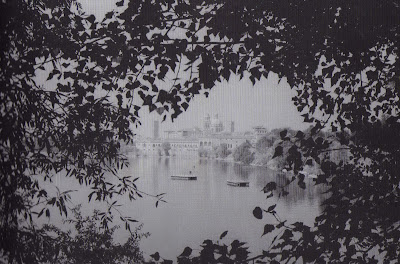 Mantua was then, and is now, surrounded by three artificial lakes, and walking around them you get views which must be very similar to those seen by the French gun crews during the siege. 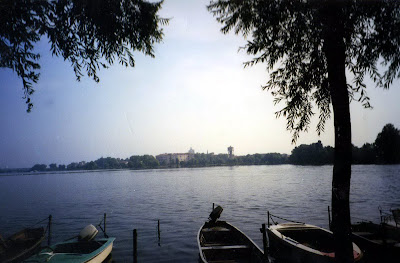 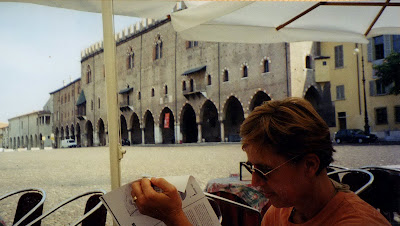 We could find nothing about the siege, but Mantua is a lovely city to explore. We spent an hour in the main square where we had lunch and read our notes on the siege.
Posted by paul leniston at 10:54 PM

Email ThisBlogThis!Share to TwitterShare to FacebookShare to Pinterest
Labels: 9 - Mantua